In most DUI cases, the accused person will enter into a plea agreement where he pleads guilty to a criminal charge rather than going 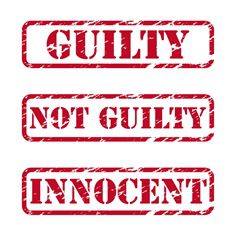 to trial. Usually he does this to receive something in exchange from the prosecutor—such as a lesser charge or a reduced sentence. When a person decides to enter into a plea bargain, he must decide whether to plead guilty or no contest to his charge.

There are only slight differences between pleading guilty and no contest in Virginia. These distinctions include:

A person does not have a right to plead no contest. It is up to the judge’s discretion whether to permit this. Some of the factors the judge may consider include:

If a person pleads no contest, he will still face the same penalties as if he pled guilty to the charges. In cases where he has defenses to the DUI charges, he may not want to plead guilty or no contest. It may be better to fight the charges in hopes of getting them dismissed and avoiding the consequences of a DUI conviction.

If you are considering pleading guilty or no contest to a DUI charge, we urge you to contact the Easley Law Firm before making your decision. Call us today at 888-386-3898 to schedule a free consultation with our experienced criminal defense attorneys.