Virginia DUI Laws Lead to Decrease in Crashes and Deaths 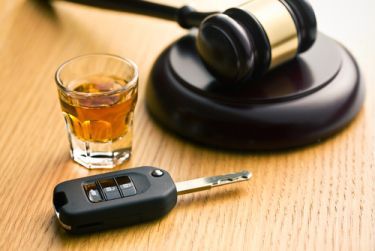 Individuals who have been convicted of driving under the influence (DUI) in Virginia may feel like our state's laws are too tough. They are certainly some of the strictest rules in the country, but there is also a reason the legislature keeps them around: the laws are working. Since 2005, DUI fatalities have dropped by 21 percent in Virginia, according to the Department of Motor Vehicles' statistics. Crashes related to drinking and driving have decreased by about 30 percent.

Ten years ago, a bipartisan group drafted more than 70 bills looking to stiffen penalties and institute almost zero tolerance for repeat DUI offenders. Virginia also established a Trauma Center Fund, supported by $50 fines for offenders; the fund has collected $442,000 since its inception. For a very long time before that, the commonwealth was actually behind other states when it came to enforcing impaired driving laws. Virginia Beach Sheriff Ken Stolle told The Virginian-Pilot, "We needed a stronger deterrent. I think we made a difference."

Thankfully, this trend is also one that is occurring nationwide. Recent federal statistics show that alcohol-impaired driving fatalities declined 23 percent in the United States between 2005 and 2012.

Although many find Virginia’s DUI laws to be pretty harsh, it is nice to see they are helping reduce crashes and fatalities on our roads. At our DUI defense law firm, however, we also see a variety of individuals arrested for DUI who had their rights violated in some way. If the laws for convicted DUI offenders are going to be more strict, law enforcement needs to also follow the rules when placing suspects under arrest.

Read More About Virginia DUI Laws Lead to Decrease in Crashes and Deaths...