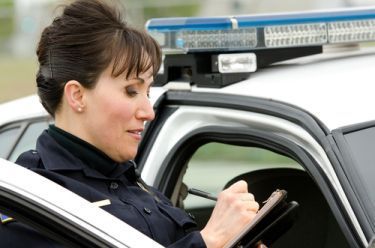 If you were pulled over recently in Virginia, there's a chance you may have been part of “Operation Border to Border,” a huge crackdown by police and highway patrol agencies. The effort by law enforcement is in its third year and it is an extension of the nationwide traffic safety campaign, "Drive to Save Lives."

More than 33,000 individuals in the U.S. died in 2013 because of traffic accidents, so Operation Border to Border aims to prevent unsafe driving practices and raise awareness of automobile-related deaths.

Seven state police and highway patrol agencies spent a weekend really focusing on preventing traffic crashes along the 791 miles of U.S. Route 15 and the 124 miles of Route 17 from Florida to New York. They conducted saturation patrols, sobriety checkpoints, vehicle inspections, and other enforcement initiatives. In Virginia, the effort resulted in 887 total summons and arrests; there were 253 in Loudoun County and 112 in Prince William County. Police say most incidents involved speeding and seat beat violations.

It is clear that Operation Border to Border has the best of intentions and was created to help keep the roads safer for everyone. That does not mean, however, that every ticket they handed out or arrest they conducted was done legally. In big multi-state crackdowns like this, some officers are a little too eager to pull people over, hand out summons, and arrest individuals to increase their numbers.

If you were one of these people who got pulled over and are now facing a Virginia traffic violation conviction, there's a chance things were not properly handled by law enforcement and your charges could be dropped or minimized. Schedule your free consultation with Easley Law Firm in Fairfax and find out whether or not you may benefit from the assistance of an experienced traffic violation attorney.