What should I do if asked to take a breath or blood test? 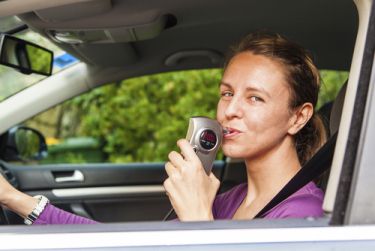 Under Virginia law, if you are suspected of DUI, police may ask you to submit to a preliminary breath test (PBT) to determine if there is probable cause for a drunk-driving arrest.  A PBT is a hand-held device generally administered roadside while police are conducting a DUI investigation.  You have the right to decline this test and your declination cannot be used as evidence of guilt if you ultimately go to trial for DUI.  Most importantly, you should be aware that if you submit to a PBT and it indicates that alcohol is present in your blood, you will likely be arrested and charged with DUI.

An “official” breath or blood test, on the other hand, is typically administered at the police station post-arrest.  Virginia law states that an unreasonable refusal to take the official breath or blood test is a violation of Virginia’s Implied Consent laws.  Such refusal can result in an additional charge and potential penalties beyond those faced in the underlying DUI.  A first-offense refusal conviction carries a 12 month license suspension with absolutely no driving in Virginia.  A second or subsequent conviction carries a three year license suspension, again with absolutely no driving in Virginia, and potential fine and incarceration.