What should I expect at my arraignment for a DUI charge?

If you have been charged with driving under the influence (DUI), your first court appearance will be your arraignment. Often, the 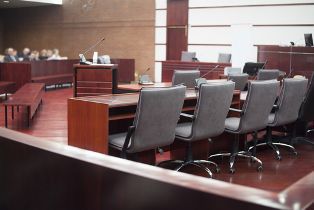 hearing will be the day after you were arrested if you were detained. In some courts, you will be taken to the courthouse for your arraignment. However, the judges in many jurisdictions will conduct the hearing by video conferencing while you remain in jail.

Sometimes, you may have been released from jail on your own recognizance—your promise to return for all court hearings—or by posting bail soon after your arrest. If this happens, your arraignment could be a few days after you were arrested.

What Happens at a DUI Arraignment

Your arraignment will be a short court hearing before the judge. At the hearing, the judge will do the following:

You should consult with your attorney before your arraignment and have him attend it with you if possible—especially if your bail will need to be set.

If you have been charged with a DUI, I can advise you in more detail about what to expect at your arraignment. Call me today at 888-386-3898 to schedule a free consultation.