Drive Sober, or Get Pulled Over Campaign Heightens Risk of DUI Convictions

by Darwyn L. Easley [email protected]
Connect with me
Attorney and Counsellor at Law
Comments (0)

In an effort to decrease drunk driving accidents, as well as lower the overall crime and injury rates associated with drunk driving, the National Highway Traffic and Safety Administration (NHTSA) began a national enforcement campaign in 2006. This campaign was modeled on the national safety belt campaign known as Click It, or Ticket, which raised awareness and enforcement of properly wearing seat belts. 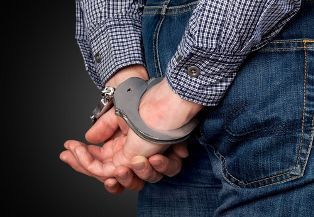 As you probably remember, this campaign was widely publicized and had a great impact on seat belt use. It capitalized on using heightened enforcement and media campaigning to emphasize safety of seat belt use in a short period of time. The NHTSA hopes that the Drive Sober, or Get Pulled Over campaign will have a similar effect.

Unfortunately, the increased enforcement period—starting August 19th and ending September 7th—could potentially also increase false arrests, unjustified traffic stops, and unlawful convictions. This is why it is important to know and understand what this campaign is about and how to protect yourself from becoming an innocent victim of a larger problem.

According to a NHTSA report, the 2006 campaign was a success by reaching a majority of the intended demographic (18 to 34 year olds), decreasing DUI fatalities by 4,000, and seeing an increase of 40,000 DUI arrests. However, the amount of DUI-related accidents remained stubbornly unchanged. As a result of this perceived success, the campaign has evolved over the years to include more extensive campaigning in order to continue to promote awareness, decrease accidents, and increase arrests.

The 2015 campaign will start on August 19th and many will see a surge of the following actions across the nation:

Although fighting for safe driving is extremely important, and drunk driving accidents are way too common, do you think this campaign makes a difference? Do you think the benefits outweigh the risks, or are you scared that you may get caught up in someone else’s fight? Do you worry that the need to abolish drunk driving could cause you unjust sentencing?

Let us know your opinions and concerns by leaving a few thoughts in the comment section provided. We’re eager to know how you feel, and what this campaign means for you.