One Strike, You're Out: First Time DUI Offenders Must Have an Ignition Interlock Device 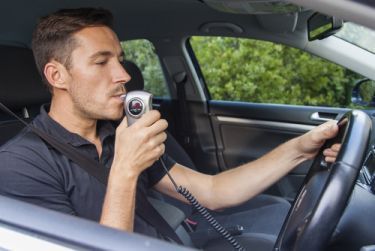 Most people have heard of ignition interlock devices, which are mechanisms that act as breathalyzers and prevent a car from starting if it determines the driver has had too much to drink. These devices are usually associated with individuals who have been convicted of DUI more than one time and are clearly not getting the message from the courts. Virginia, however, passed a law back in 2012 that makes the installation of an ignition interlock device mandatory for all individuals convicted of DUI—even if it was their first offense and they were only slightly over the limit.

In addition to the frustration and embarrassment of having an ignition interlock device installed, the individual who was convicted must also pay for all costs associated with the device. This includes an installation fee and fees for monthly visits to the installation service center, which could cost over $500 per vehicle. Remember, this is all on top of the mandatory fine that came with the conviction.

The ignition interlock device is not just there to make sure a driver does the right thing by not driving drunk—it's also there to record violations and let the courts know if that person was trying to start the car after drinking. A first offense violation of the ignition interlock restriction will result in the DMV revoking an individual's driver's license for one year. Two or more convictions of violating restricted privileges will extend that revocation to a three-year period.

Are you facing DUI charges in the Fairfax, Northern Virginia area?  Contact Easley Law Firm today for your free consultation at 888-386-3898.